On June 21, the 5th Valparaiso Fire Company will celebrate its 174th anniversary. Better known under the name of Quinta, or Pompe France, it was indeed created in 1856 by the French community of Valparaiso. 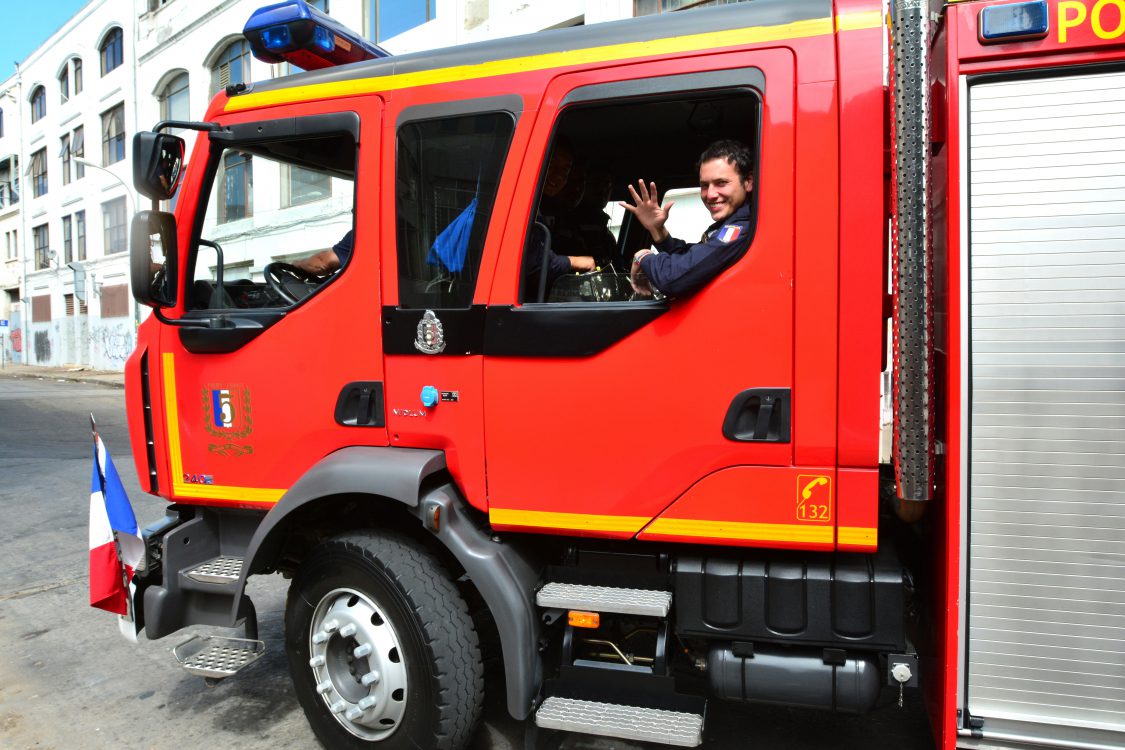 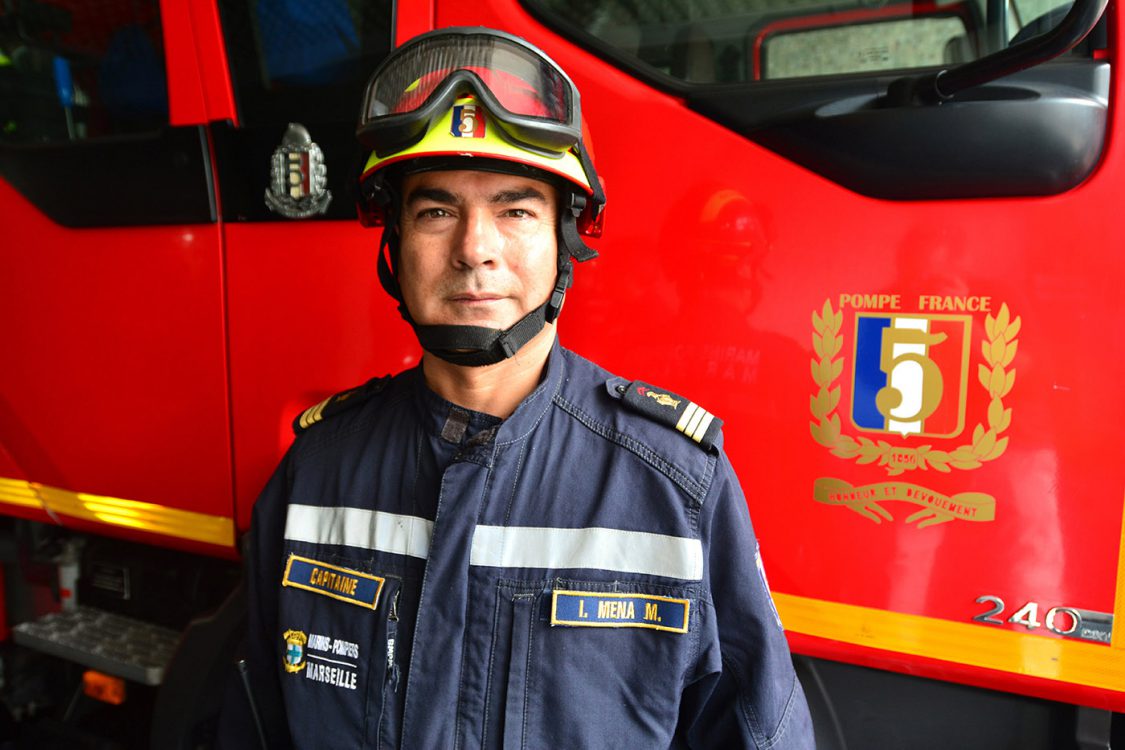 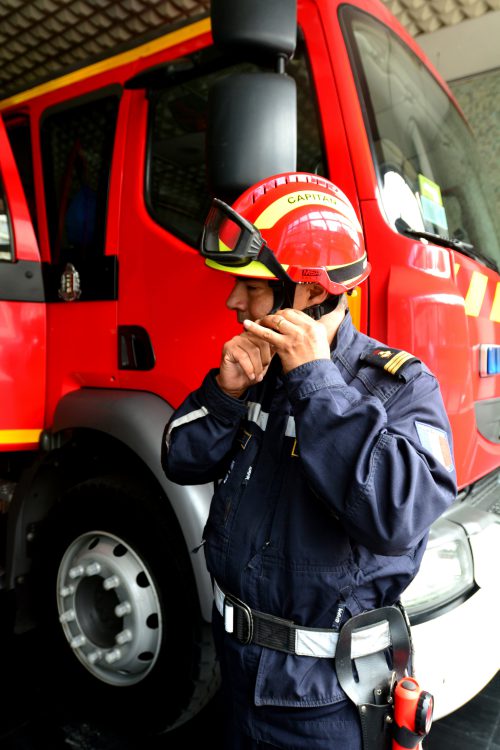 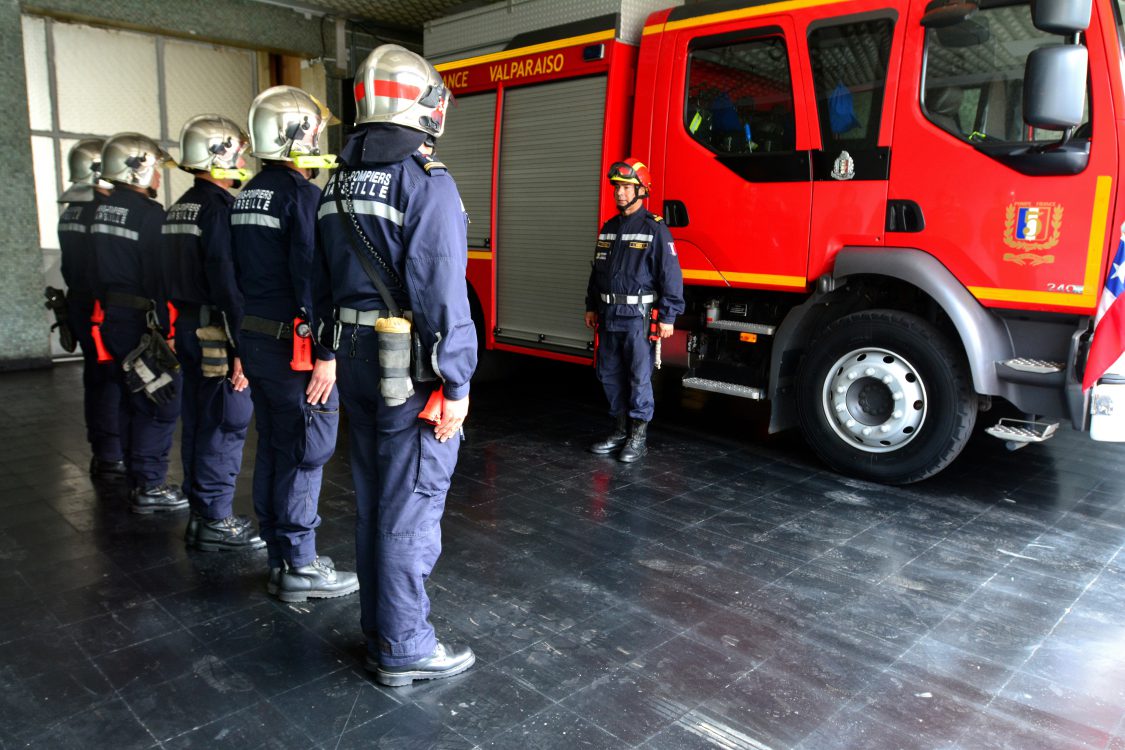 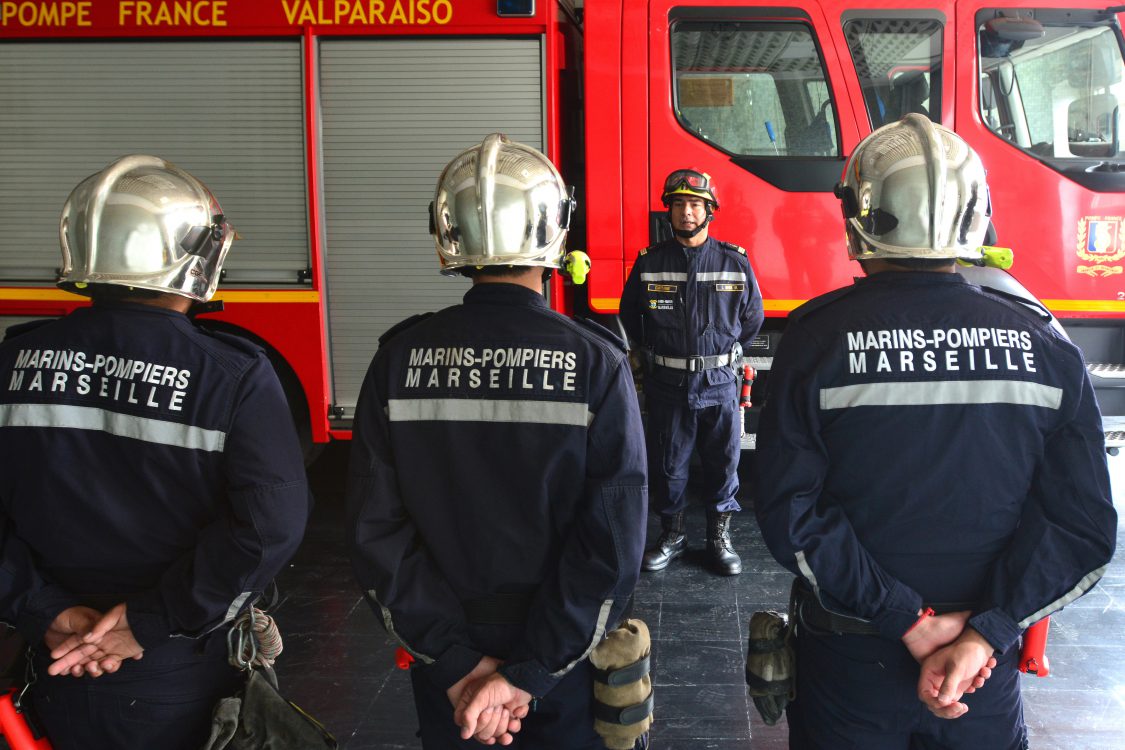 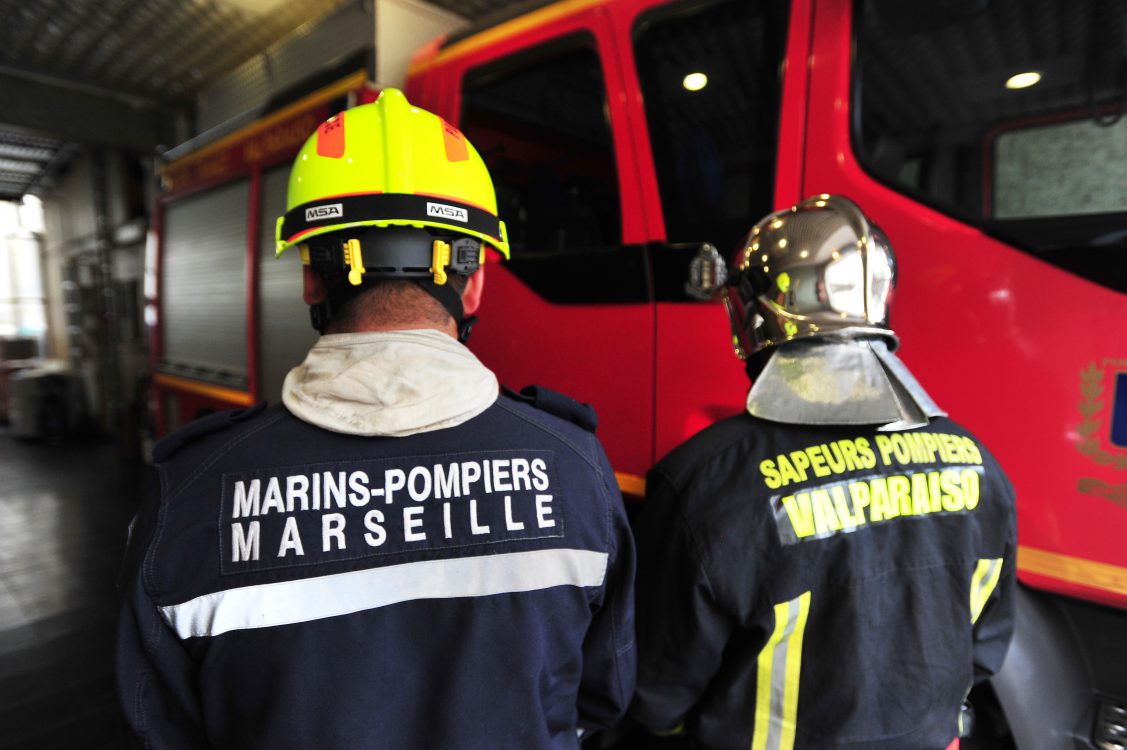 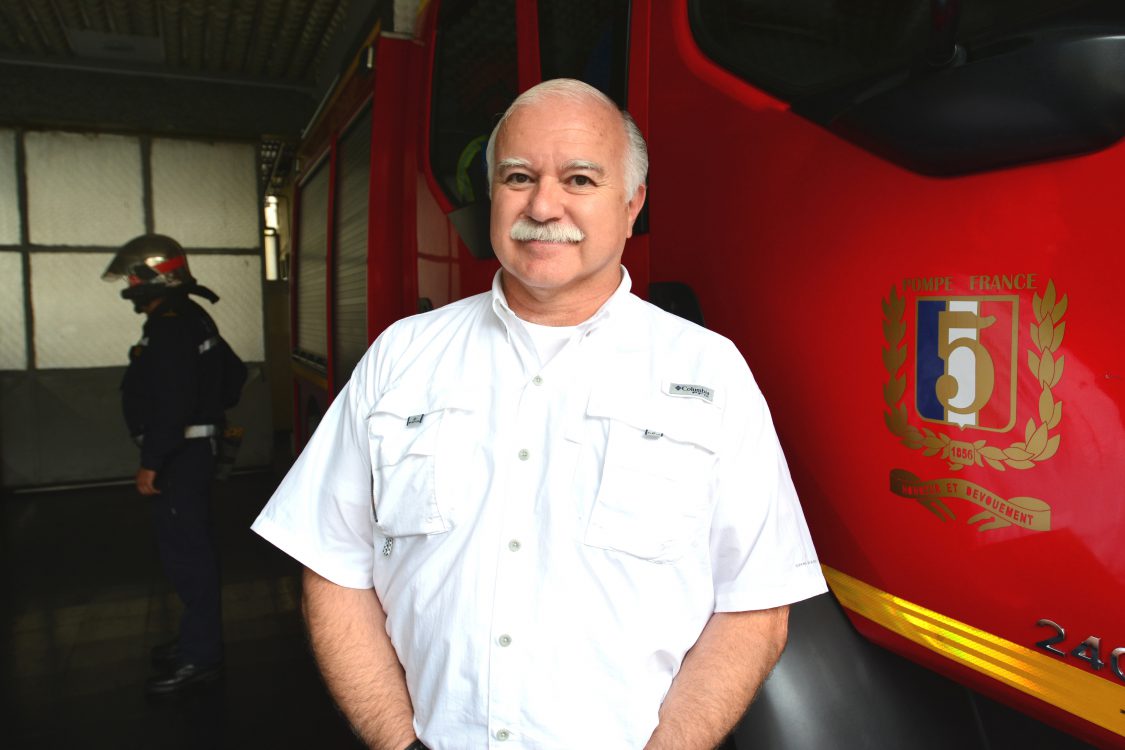 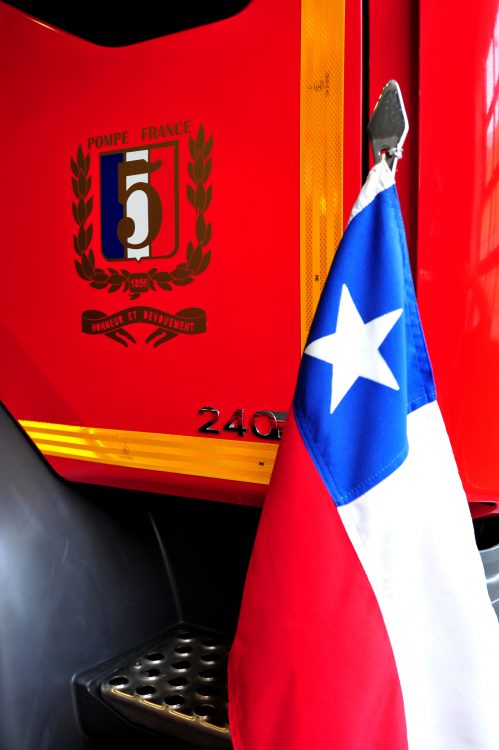 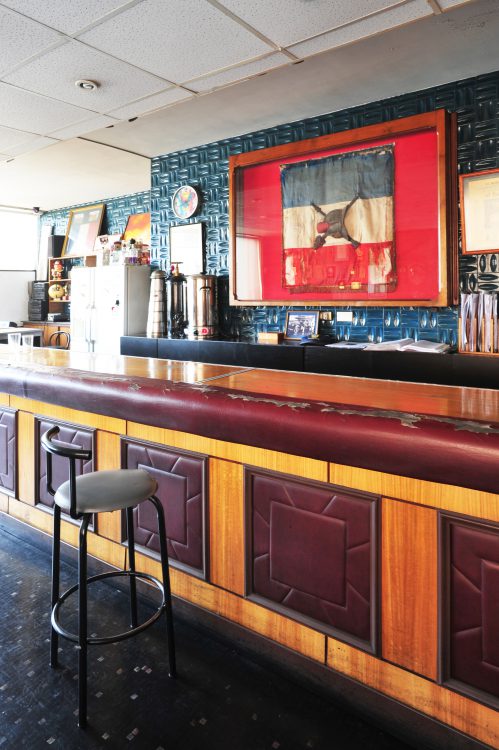 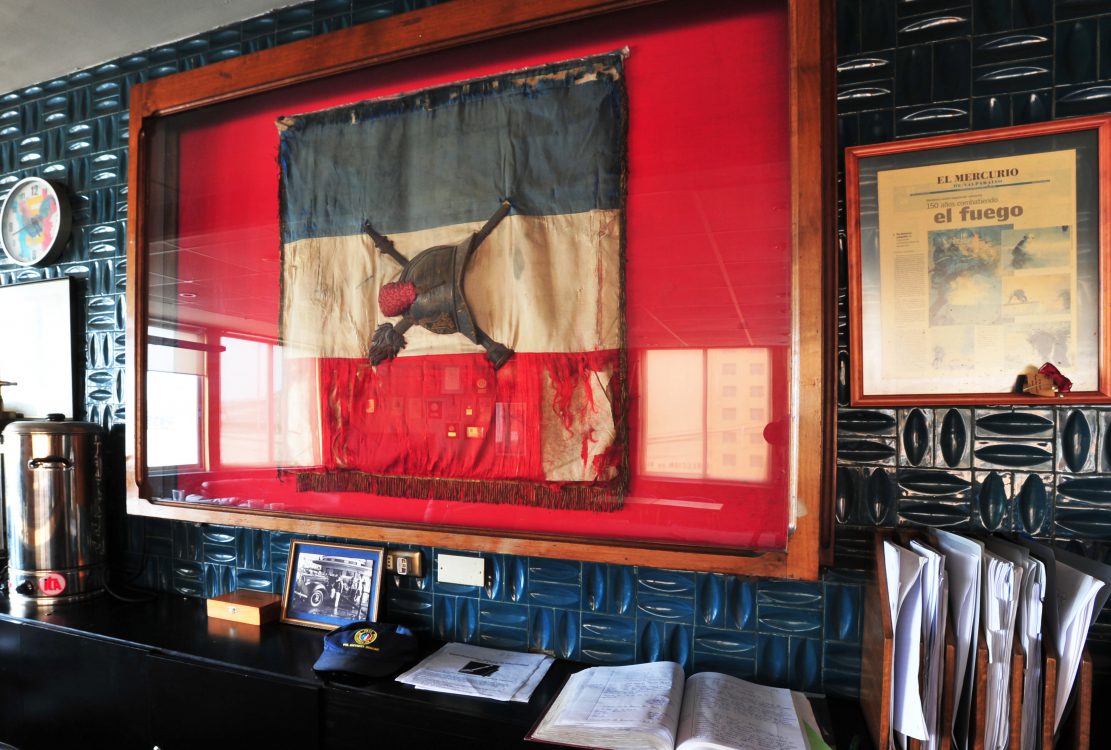 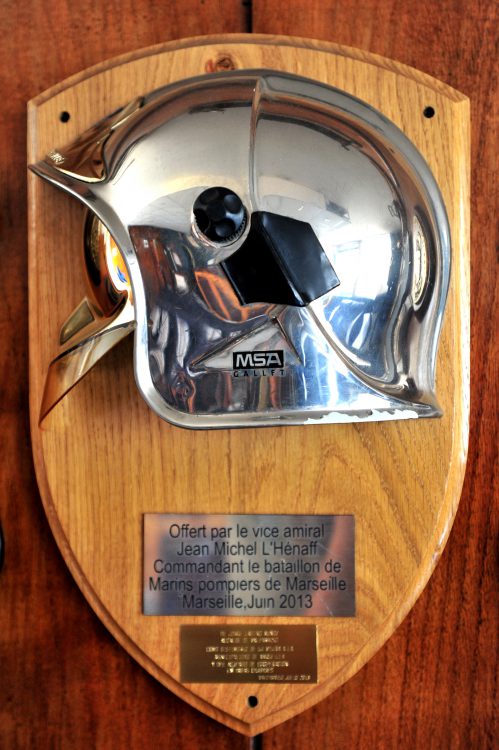 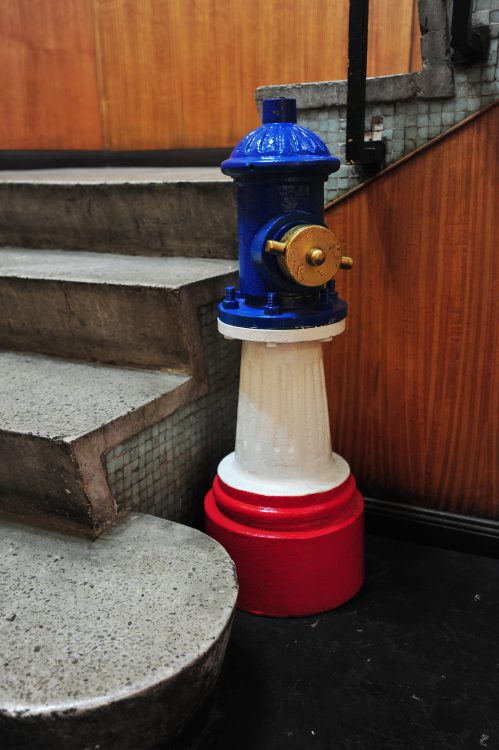 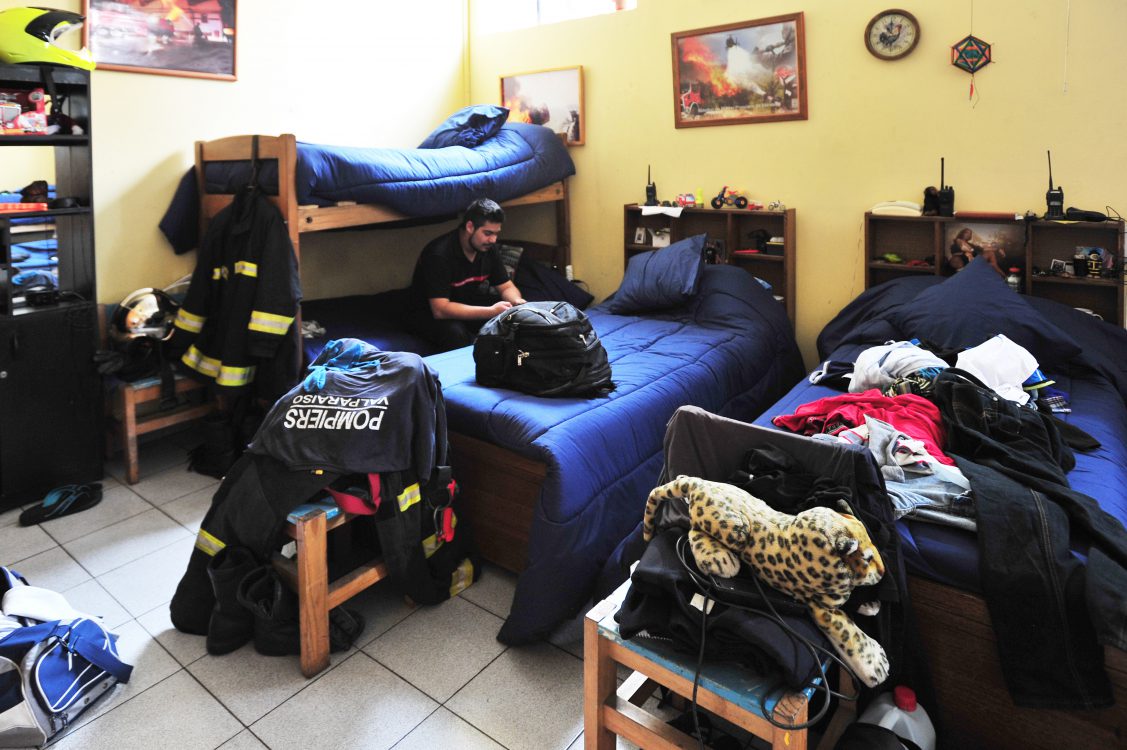 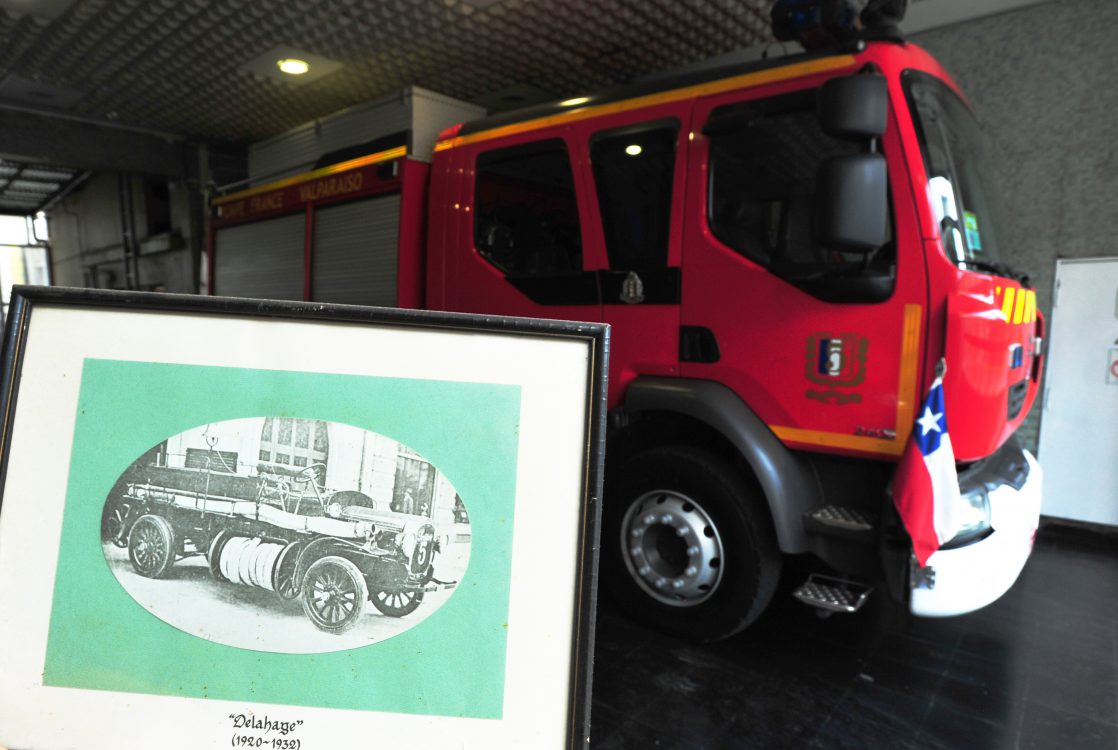 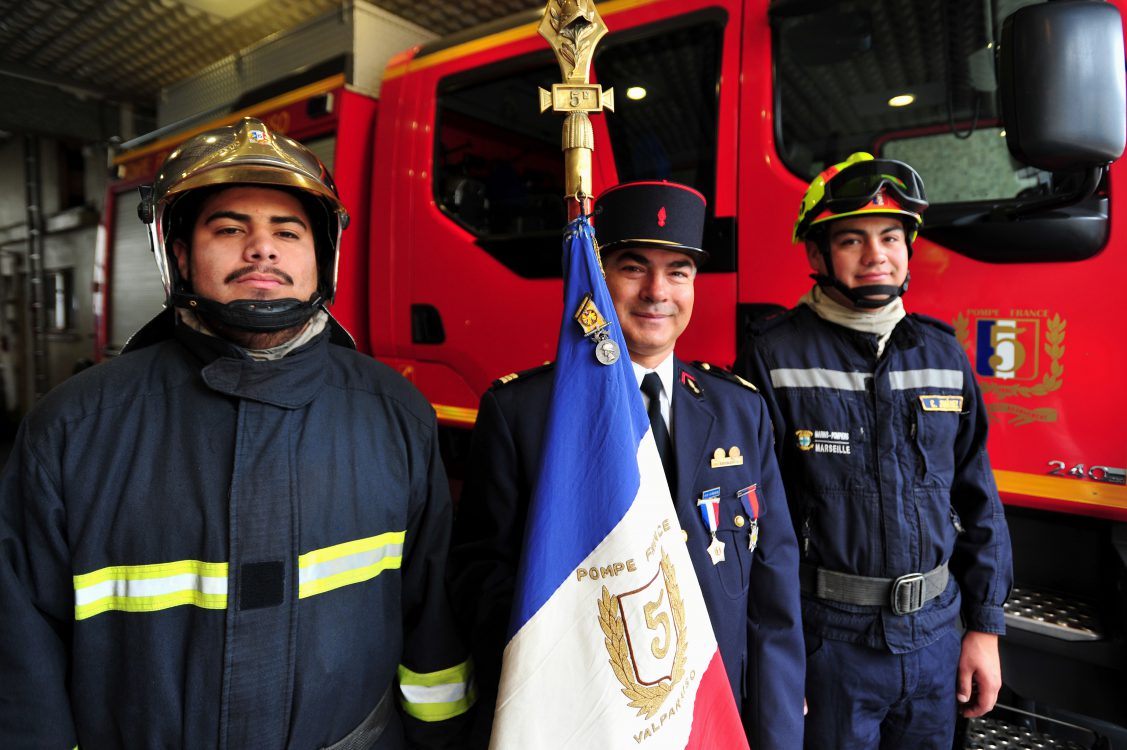 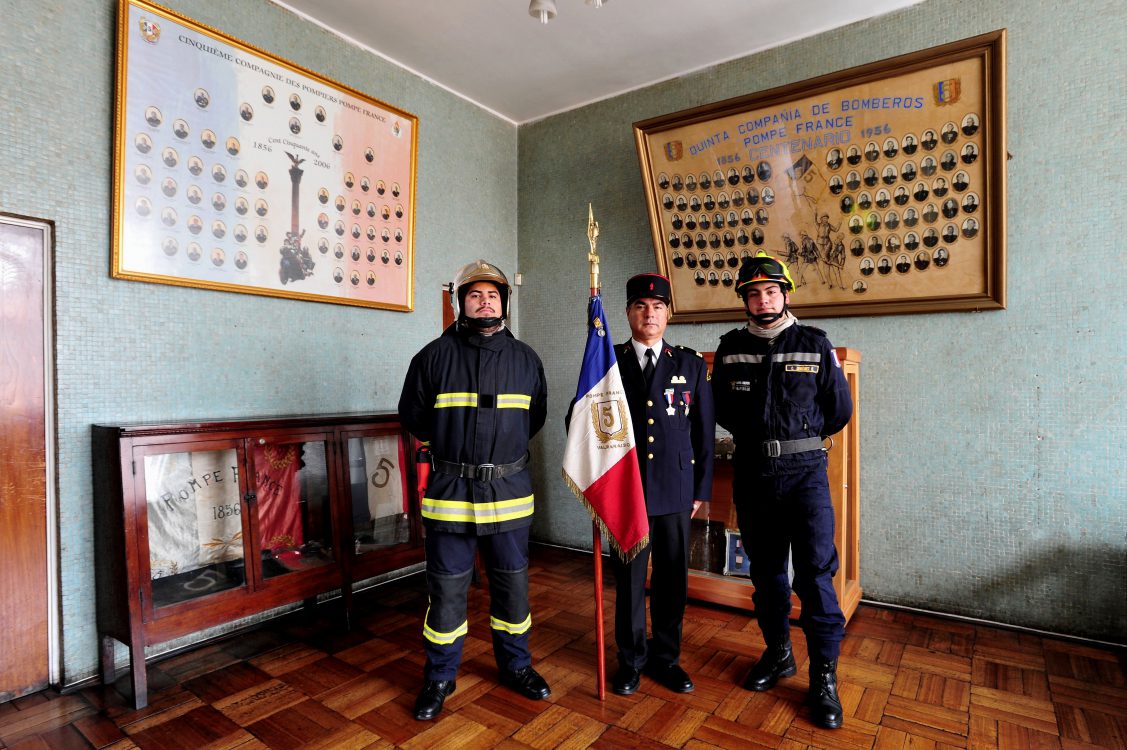 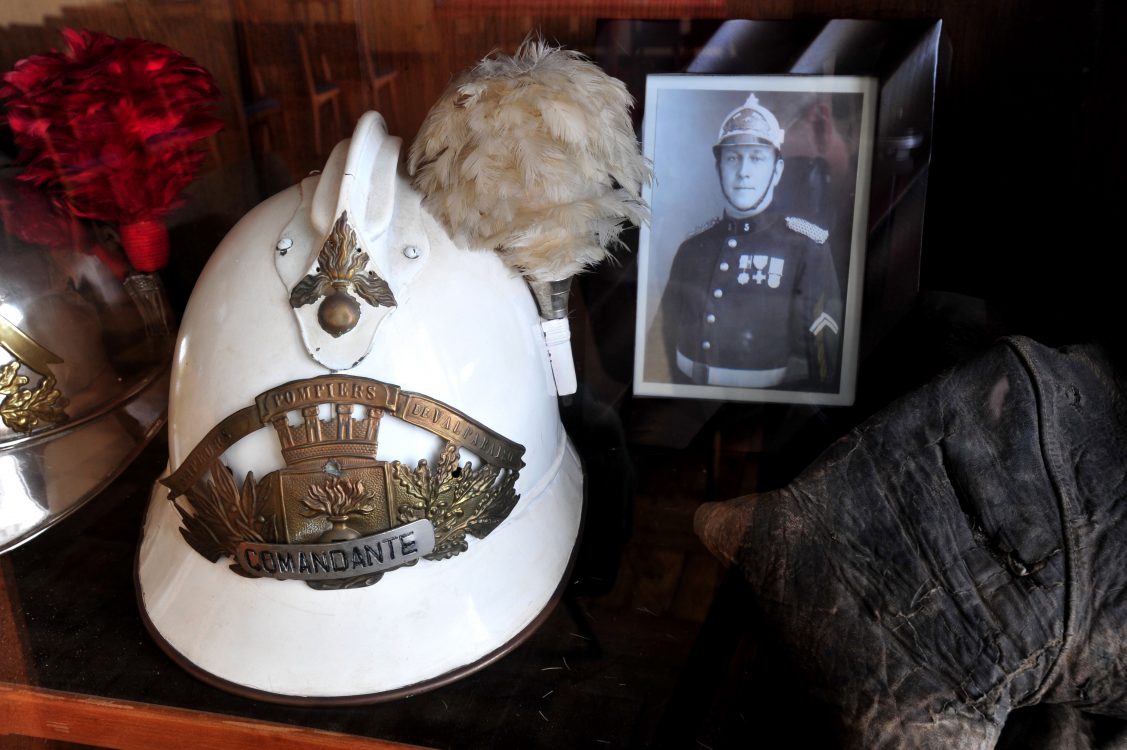 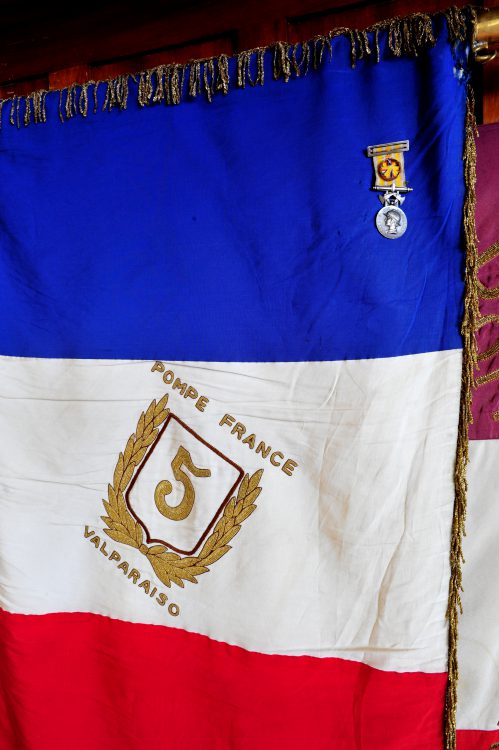 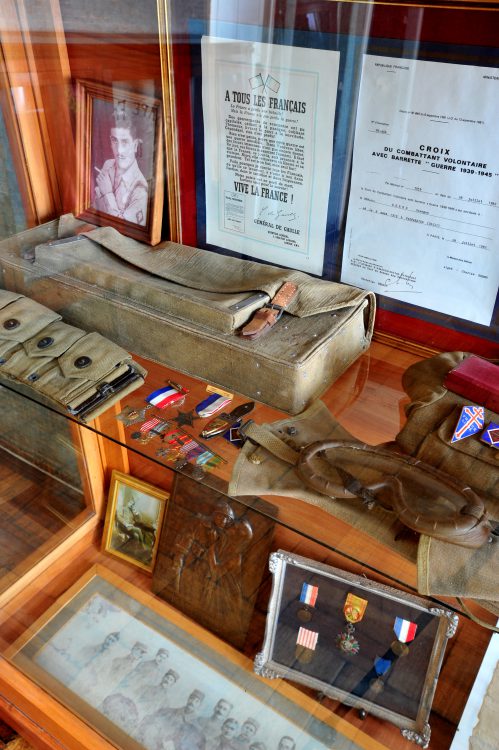 This morning, everything is calm on the fire front. The five volunteers from Pompe France are however preparing. Today, they are going to a district of Valparaiso to conduct an operation about the risk of fire among residents. Not all wear the same equipment. There is the one used for urban fires (heavy leather jacket, full-face helmet) and the one used for forest fires, much lighter. The two are still stamped « Marseille firefighters », a french city with which a partnership agreement was signed in 1999!

Now is the time to call for Captain Italo Mena Mora, already 15 years in the house and a volunteer firefighter from father to son. Each firefighter called has the honor of answering « present » in French, the last trace of what was « Pompe France ». In the past, to be a volunteer, you had to be French or come from a French family. Most of the orders and regulations were also done in French. This is no longer the case today and no more volunteers are French, while the expatriate community is still very large. A lack of commitment that Captain Mora deplores. Aside from the call, the last francophone trace is the anthem of the company that each volunteer must learn and sing during parades and parades.

The one who sings it best is Hipolito Morales, former captain of the merchant marine, who has 40 years of Pompe France. « I chose Pompe France because my father was already there but especially because I was born on July 14! » he explains with a smile . You can not make that up. Another tradition remains : the welcoming French ships since 1954, when the training ship « Joan of Arc » anchored for the first time in the port of Valparaiso. During her last trip in February 2006, the « Jeanne » had on board a very special gift: an Iveco tank truck offered by the battalion of Marseille firefighters, a strong symbol of the cooperation started in 1999.

Relations between France and Valparaiso began in the 16th century. The corsairs of Saint-Malo were the first to frequent the coast. Merchant ships followed. In the port registers, the names of Buzat, Des Cartes, Des Granges, De la Villebare, Peltière Espichard, Fleury, La Toullerie and many others appear. From 1705, many of them settled in Valparaiso and open a business. A small community is developing which will soon welcome the french explorers Louis-Antoine de Bougainville, François-Dominique de Lapérouse and Jules Dumont d´Urville. During the War of Independence against Spain, the French took up the cause of the young Republic and some of them distinguished themselves for their acts of bravery. In 1827, the government of Chile appointed Charles Le Gentil du Pont de Larche, general commercial agent, and recognized Eric Masson as consul general of France. Then begins the great era for Valparaiso. Trade is flourishing there and the French community is constantly growing. Architects, artists, painters, musicians and scientists do not hesitate to brave the oceans to come here to exercise their art, attracted by rich merchants eager for the latest Parisian fashions. On July 17, 1848, 120 influential members of this community met to create a « charitable society » to help new arrivals and needy residents. Valparaiso has just experienced a terrible fire that ravaged an entire street. The newspaper « El Mercurio » then insisted on the need to create an organized body to fight against fire.

All united against fire

During discussions with the charity, the idea of ​​setting up a fire brigade is raised. The name is found, it will be « Pompe France », its motto: « Honor and Dedication ». Its men, all volunteers. As for their equipment, it will be the one of the Parisian firefighters. And then, the American and German communities also think about it who will create their brigades in 1851, respectively the Primera and the Segunda, the first two of a long list of fire companies which now numbers 16, almost one by nationality present in the Chilean port. The last to be created is the « Pompe Israël », born in 1973. The « Pompe France » was offcially born on June 21, 1856, at the same time as the Italian, English and Spanish pumps. It is divided into a water company and a ladder company which will later become the 8th company, known as the « Franco – Chilean ».

It is immediately one of the best equipped with bronze helmets and two hand pumps which will remain in service until 1885. On the wall of the garage of the calle Freire barracks, photos show the evolution of the equipment : Delahaye-Falcot truck in 1920, Renault Turbina truck in 1930 … as far as the Camiva Marseille arrived in 2006. Next door, the dormitory welcomes five volunteers on a daily basis. Upstairs, the mess hall, the meeting room and the administration offices where many memories of the rich history of the company stand enthroned. Among them, the uniform of Christian Modrow Valdebenito, the only death of the company, died during an intervention in August 1989. However, the life of the firefighters of Valparaiso is far from being peaceful. The worst disaster remains the one of January 1, 1953, in which 36 volunteers died in the explosion of a dynamite factory. The « Pompe France » will only have 12 injured! 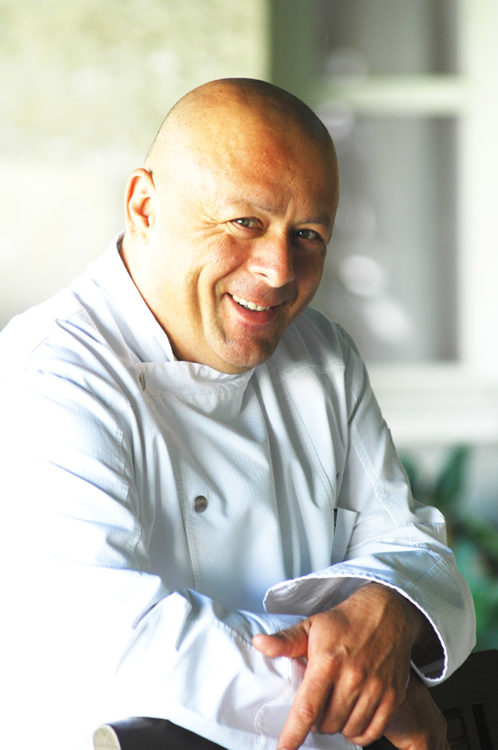 Capital cooking according to Marx 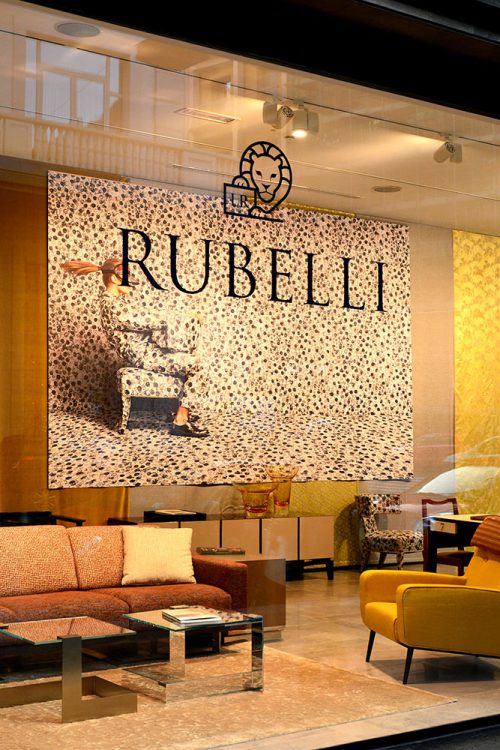